Follow or NoFollow: what is NoFollow, and when should I use it? 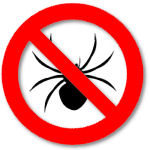 I'm often asked how and when to use the nofollow attribute value. Many webmasters are confused about this. However, whilst search engine optimisation (SEO) experts who don't believe in 'keeping it real' may make a bit of a fuss, it's quite simple really.

What does 'nofollow' do, and why was it introduced?

Apart from its obvious purpose of opening a new page in your visitor's browser, for the search engines a link has two or three functions:

What is Google PageRank?

In simple terms, Google PageRank™ is a numerical measure of the 'importance' of a web page, calculated using a complicated iterative algorithm from the number and 'importance' of the web pages that link to it.

It's actually named after Google co-founder Larry Page, but I can't help wondering whether this was a happy accident. If Page's name had been less appropriate, would it still have been used for the purpose?

Although the introduction of the XML site map now gives them another method of finding web pages to be indexed, the search engines (and Google in particular) still take these three factors into account when deciding which pages should be returned in their search results for a particular search term.

This works provided that webmasters make links only to high quality, relevant sites for their own sake.

The problem is that one website may link to another not because of that site's quality or relevance, but because the site owner hopes to receive payment, directly or indirectly, for doing so. Again, some webmasters may link to sites that they don't recommend or 'trust' (although I don't understand why they would do this, particularly if no payment were involved).

In order to address this problem, in 2005 Google introduced the use of the rel="nofollow" attribute value on a hyperlink. The same convention was adopted by the other major search engines: where this attribute value is used, no recommendation will be implied, no anchor text associated, and no Google PageRank passed by that particular link.

However, despite what the search engines may tell you, it's not safe to assume that the link won't be physically followed by their spiders, nor that the linked page won't be indexed.

How, when and why should I use 'nofollow'?

Here's an example of link code that uses this attribute value:

For reasons that we'll discuss later, you'll rarely wish to 'nofollow' an internal link, so I've assumed that this is an external link. Note that I've included target="_blank" to open the linked page in a new window or tab. The order of the attributes isn't important.

Users of SiteSell's BB2 SiteBuilder may add the rel="nofollow" attribute value to their link code by clicking the 'NoFollow' button on the Text block toolbar.

You may wish to do this because the link could be considered to be 'paid', or because you don't recommend or 'trust' the linked page - so why are you linking to it? These are the only situations in which I'd recommend that links be 'nofollowed', and again we'll see why later.

Buying and selling Google PageRank is contrary to Google's Webmaster Guidelines, and may result in your site's being demoted in their search results, if detected. However, there's no objection to selling links for normal advertising purposes, and no penalty if those links are marked as such.

There appear to be no specific guidelines about affiliate links, for example, but I'd be inclined to treat all links where a payment may be involved as 'paid'.

Whilst there may be no intention to manipulate the search results, Google is interested in links that reflect the value of the linked site for its own sake, rather than as a source of income. If it seems probable that the link wouldn't exist unless there was a prospect of payment, I believe that Google will expect it to be 'nofollowed'.

The search engines shouldn't hold you responsible for sites that link to yours (although some may do so), but your site may be penalised if you link to websites that are of poor quality, or not relevant to its theme, in particular if they appear to be 'bad neighbourhoods' or part of a link exchange scheme.

Refuse link exchange requests from sites that have nothing to do with yours, and from link brokers. These links do nothing for your site's credibility, and may be harmful. My own rule is not to exchange links with any site to which I wouldn't link if no back-link were involved.

If you must, add rel="nofollow" to the link code to avoid a search engine penalty. You'll probably find that your potential link exchange partner will lose interest anyway if no Google PageRank will be passed.

What is PageRank Sculpting?

When the concept of 'nofollow' was first introduced by Google, the PageRank available to be passed by a web page to linked pages was divided equally between the 'followed' links only. As a result webmasters were able to distribute or 'sculpt' PageRank by using the rel="nofollow" attribute value on links to pages other than those which they wished to favour.

Google believed that this had undesirable consequences, both for users of the Google search engine and, in some cases, for webmasters who used this technique. In 2008 they changed the algorithm so that PageRank would be divided equally between all outgoing links, but passed only by those that were 'followed'. That allocated to 'nofollowed' links would just "evaporate", according to Matt Cutts, the head of Google's webspam team.

I wouldn't recommend that you use rel="nofollow" in any circumstances other than those that I've described above.

There's certainly no disadvantage in allowing your links to be 'followed' in other circumstances, and indeed there may be an advantage in doing so, even if the links are external. Rather than simply 'evaporating', any PageRank that's passed to external sites may eventually be passed back by good inbound links. The search engines may also give you credit when they assess the value of your pages if you link to relevant, high-quality 'authority' sites.

What if I don't want my page indexed?

I normally allow all of my publicly-available pages to be indexed, so that they may be found by visitors who use my site search facility. On those rare occasions when I wish to prevent a page from being indexed I use the format

in order to conserve Google PageRank within my site. The alternative format with nofollow is equivalent to using rel="nofollow" on every link on the page, and I would therefore advise against it. It's much better to treat each individually, as I've described above.

Users of SiteSell's BB2 SiteBuilder may add this tag (or its equivalent) to the <head> of their pages by ticking "Do you want to keep this page out of the search results?" in Page Information/Advanced Options.